Life is Scary Without Quore 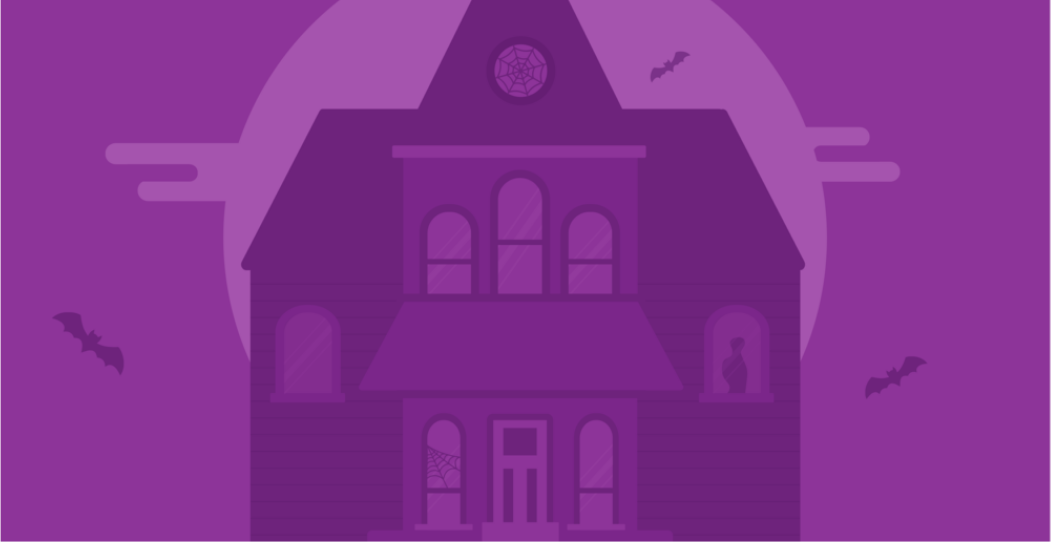 For this special Halloween Edition blog post, Quore Copywriter Ariel Klontz wanted to switch it up from our usual style to offer you a fun-filled, hotel horror story!

Read on... if you dare. Mwahahahaha!

It was a dark and stormy night at the Sanscore Inn & Suites. The rain beat against the windows like thousands of greedy fingers tap, tap, tapping against the glass, causing Georgio Guestini in room 313 to toss and turn most of the night. He had remained mostly asleep-though restless. But when the rain finally broke through the old roof of the inn, pooling in the drywall above before finally breaking through and causing a steady drip right onto Georgio's face, he sat up, straight as a board in the dark room, cursing to himself.

A streak of lightning flashed through the sky, illuminating the shadowy room for an instant and Georgio saw a large wet spot on the ceiling from which a rhythmic drip leaked through. He set his jaw, growling as he scrambled off of the bed and reached for the phone on the nightstand, pressing the button for the front desk.

"Hello?" a voice came through the speaker.

"There is a leak in my room!" Georgio snapped.

"Yes, a leak! In the Ceiling. It's dripping straight onto my bed," he grumbled.

Lightning cracked and thunder boomed again. The room strobed with light through the small crack where the curtains covering the window never seemed to meet one another to block out the light.

Georgio jumped, startled, then balanced the phone on his shoulder, finding his voice once more: "Can you just give me another room?"

The person on the other end clicked his tongue. "Oh, sir, I'm so sorry. The inn is full. But I'll send someone up right away to see to that leak."

Anger bubbled in Georgio's chest. He glanced at the clock on the nightstand: 3:25 AM.

He had to be up in about three hours to go to a meeting, and he had already been having what he would describe in the present moment as the worst sleep of his life.

He tried to keep his voice steady as he replied, "Right away, please."

"Yes, sir," the front desk attendant replied. Then there was a click and the call ended.

Georgio slammed the phone back down onto the receiver, cursing again. He stared up at the leak. He could see the bulging weight of the water behind the textured drywall. It darkened the paint, making it look almost like a purpling bruise in the darkness.

An hour went by, and still no one came to his room or called to check in. He had never experienced such appalling service!

He grabbed the phone again and pressed the button for the front desk.

"I called over an hour ago about a leak in my ceiling! I have to be up for a meeting in just two hours and haven't gotten any sleep!" he cried.

"Sir, I'm so sorry for the inconvenience. Our previous attendant had an emergency, and I just took over this shift-he must have forgotten to leave me a note about this," she said.

"A note?" Georgio snapped. This was a nightmare.

"Ah, here it is. I'm so sorry I missed this. The Post-it note he left had fallen on the floor!"

Georgio's face reddened. His jaw clenched. He couldn't believe what he was hearing.

"I'll have someone up to you right away, sir," she said.

He squeezed his free hand into a fist at his side. "Yes, right away." And he hung up, slamming the phone down once more.

And he waited again, this time pacing the room and humming to himself to try to drown out the incessant noise of the drip, drip, drip against the sopping mattress. He paced and he hummed. Drip, drip, drip. He focused on the sound of his footfalls against the carpet. Drip, drip, drip. And he glanced at the clock only to find that thirty minutes had passed and still no one had come to deal with this horrible leak.

The rain continued to tap against his window and the thunder continued to bellow across the sky-and the ceiling continued to drip, drip, drip, onto his bed where he desperately wished he could lie down and sleep for just a few hours before he had to go and face his colleagues.

This time, he did not pick up the phone. This time, he pulled on a sweatshirt and grabbed his room key, and he stomped out of the room and into the hall. He made his way down the stairs and to the front desk, muttering to himself about how he'd never, ever stay at this hotel again. When he got there, there was no one there. He growled and threw his hand down on the bell that rested on the front desk, ringing it multiple times. When no one came, he rang it faster and more fervently.

Finally, a young woman stepped out from a nearby room and crossed to the back of the front desk. "Can I help you?" She looked-and sounded-annoyed, which only made Georgio more frustrated.

"I called more than an hour and a half ago now about the leak in my ceiling," he said, "I can't lie down because my mattress is soaked. I can't go to sleep, and I have to be up and about by 7 AM to get to my morning meeting. When is someone going to do something about this?!"

She blinked at him, raising her eyebrows. "Our maintenance tech said he was headed up about 20 minutes ago."

"Well he never made it, apparently! You might check to make sure he's not drowned in some other room with a leaky ceiling!" he shouted.

The young woman nodded slowly. "Yes, sir, I really apologize for this. I'll see if I can track him down immediately." She circled the desk and started toward the elevators.

"What? You're just going to run around the hotel looking for him?" Georgio scoffed. "He could be anywhere!"

She looked back at him once, but she kept going.

A presence in Georgio's peripheral suddenly startled him. He nearly leapt off the ground as the man came up by his side. He hadn't noticed him in the lobby before, but he must have already been there.

"It's sad, really, how much harder they're having to work just because they don't have the right solution," the man shook his head. "Their management company isn't going to be pleased when they find out they haven't been conducting regular preventative maintenance to prevent things like this from happening. A leaky roof? Of all things!"

Georgio looked the man up and down suspiciously.

The man offered his hand. "Charles Checkin," he said. Then he lowered his voice and added: "I'm a quality assurance inspector. And I can tell you now, this hotel isn't going to pass with flying colors."

"They should have been using Quore," he said, "It's a digital tool that would have helped them manage all of this-no running around the hotel looking for people, no Post-it notes to lose track of. All the information is in one place. They're already supposed to be using it for preventative maintenance."

Georgio gawked. "I was just saying to myself that I couldn't believe they didn't have some kind of computer program for this!"

"Some hotels are still stuck in the past. I think it's because they're worried it will be hard to use. But it's incredibly simple." he replied.

"Well, I hope they get that leak fixed soon," Charlie nodded.

Georgio looked off toward the elevator again. "Me too," he mumbled.

When he turned back, Charlie was gone, as if he'd simply vanished. Georgio looked around frantically, rubbing his eyes. He simply had to get some sleep.

Just then, the front desk agent came back out through the elevator and caught Georgio's eye. "Our maintenance tech is taking care of the leak right now-but we actually had a housekeeping mixup, so when I ran into our housekeeping manager she let me know that there is one other room available. I'm going to get you in there right away," she said, crossing around to the desk to start typing on the keyboard.

Georgio gaped at her. There was a room this whole time. He was too tired to be any angrier. He just stared at her and shook his head: "You guys really need to start using that Quore thing."

Ariel Klontz is one of Quore's copywriters, working for the team to help craft blog posts and creative campaigns. In her free time, she has worked professionally and personally on various fiction works and multi-media entertainment pieces. Her work spans a variety of genres, and she enjoys exploring new styles, characters, and writing techniques-both in fiction, and in marketing campaigns.