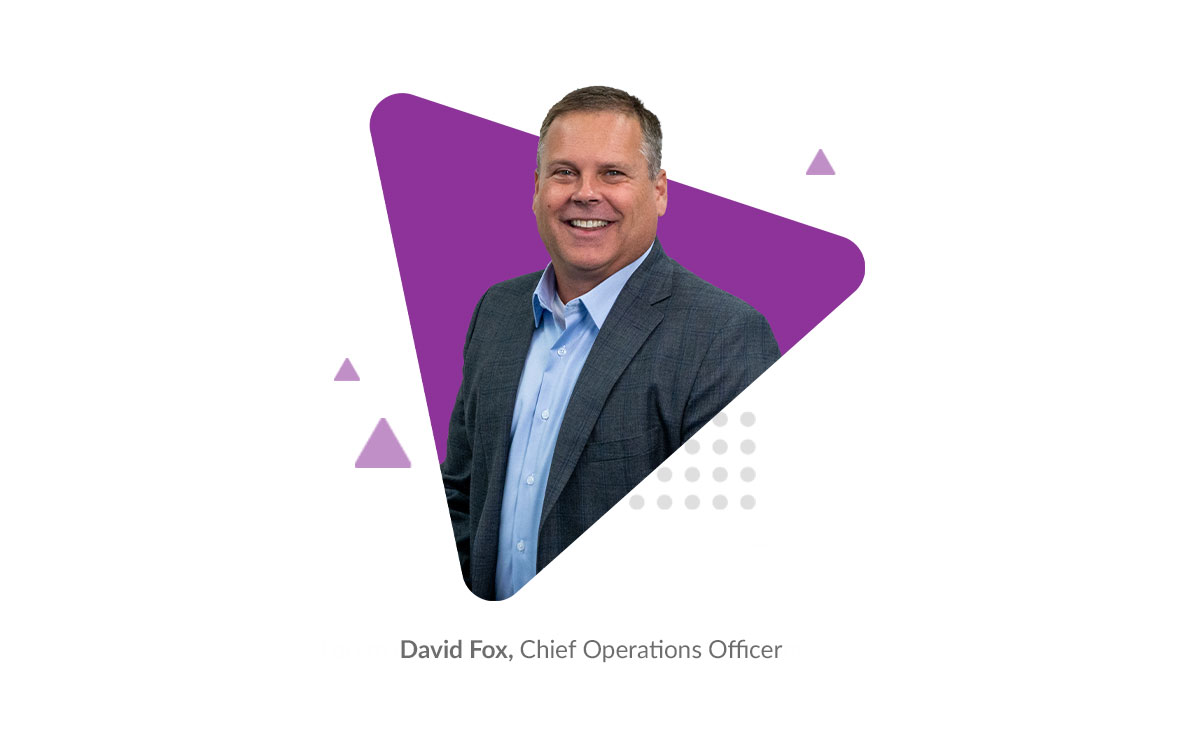 As one of Quore’s first dozen employees, David Fox has played a huge role in Quore’s growth and success over the past 5 years. As VP of Sales, he’s managed Quore’s relationships with some of the largest hotel chains in the world and led our sales team in identifying new business opportunities and cultivating relationships with customers and partners.

Now, in order to position Quore for the future and formalize the alignment of the customer needs with our internal operations, David is taking on a new role at our company—Chief Operations Officer. David has been, and continues to be, a vital part of Quore; now more than ever, he’s an important part of our success and our future, and we’re excited for what David’s new position has in store for him—and for the company.

Founder and CEO Scott Schaedle has wanted someone who could lead the charge on the operations side of things for a while, but finding the right person for the job proved to be harder than he initially thought.

“I held interviews, but I couldn’t seem to find the right person,” says Scott. “So I held off for a while and kept exploring options, taking on a lot of the COO responsibilities myself.”

But being the Founder and CEO, Scott already had a lot on his plate beyond operations and strategy, and as we continued innovating and expanding, he knew he wanted to be able to focus more on key elements of our product and vision. But to do that, he needed a COO that understood the nuances of our industry, customers and product.

As Scott continued to search for someone who could dedicate the right time and focus to the role, he discussed the position with David. And one day, as they discussed the role and the future of the company, it donned on Scott that he already had the right person for the job. David had been right there the whole time! He’d been Scott’s right-hand man for five years; he was the voice of the customer in leadership; he knew the ins-and-outs of the industry and the company. It made perfect sense, and it seemed like the right time for David to grow in his position and responsibilities as well. Everything clicked into place.

“Ultimately it was his experience with our customers and our industry that made me realize he was the perfect fit,” said Schaedle, “He was a natural choice for the position, and we’re excited to have him in this new role where he can formally lead our strategy and guide us toward customer needs as we scale.”

The team is excited to have someone dedicated to operations now, too. It will allow Scott to narrow his focus and keep the team’s work flowing. Since it decreases the number of things Scott has on his plate to review or approve, it allows us to continue expanding without the risk of creating bottlenecks in product development.

Positioning Quore for the Future

As COO, David will be responsible for executing Scott’s vision for the company and making it a reality beyond the product. He’ll work to support how Quore markets our solutions, and how we operate our business.

“Quore needed someone to focus on the execution of business objectives, and that’s what we’ve got with David,” says Scott.

“We have the best customers in hospitality and they’ve been our focus from the beginning,” says David, “I look at my new role as one of helping determine the priorities of what we’re working on and then letting our team of very talented people create new solutions for them.  We’ve come a long way in the last 5 years and it’s exciting to think about what the future has in store for us.”

David began his career in the software space after receiving a degree in Industrial Engineering from Purdue University. Since then, he’s taken on everything from programming to sales-support and sales as a whole. And to top off his wealth of experience, David owned his own business for over 10 years before joining Quore.

With a clear understanding of leadership and customer needs, David brings a well-rounded perspective to his role as COO, one that will help drive Quore toward further innovation and growth.

We wouldn’t be where we are today without David. He’s been instrumental in our growth through the way we’ve organized and scaled yet remained customer-centric. We’ve become the largest provider in the world because of the relationships that he’s built.