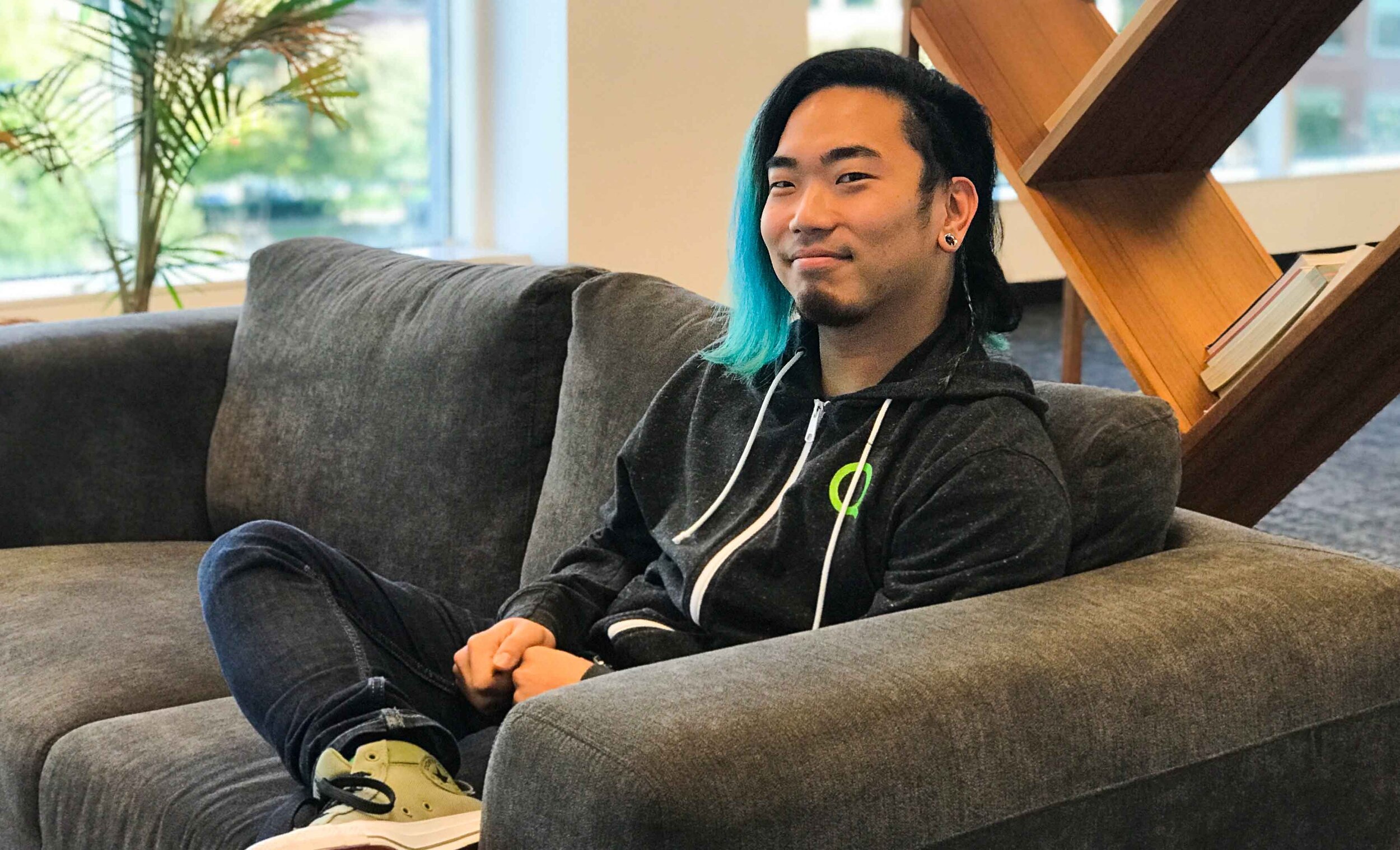 At Quore, we pride ourselves on building software solutions focused on the end user (it’s one of our Quore Values!), and we hire with that in mind. Our developers are driven by a desire to impact the future of our product so that our customers get the best and latest in technology to make their jobs easier. They’re problem solvers with a user-centric focus that helps guide the vision of our product.

Daniel Choi is one part of our amazing development team at Quore, and he plays a big role in our mobile features, more specifically, our mobile Android app. He ensures that it works efficiently and puts processes in place to future-proof our solutions for an ever-changing mobile technology landscape. It’s a job that requires a lot of forward thinking and an eye on the latest trends. It’s something that comes naturally to Daniel—even though he hadn’t originally planned to apply it in the coding space.

In fact, before he found himself at Quore, Daniel never expected to fall in love with programming, let alone become an integral part of developing an Android application for a hospitality software company. But that’s just what he did. Now, we can’t imagine Team Quore without him.

Daniel has a lot of interests. He dabbles in music, practices breakdancing and whips up creative recipes on a regular basis, among other things. He loves learning and trying new things, so when he’s intrigued by something he researches it and gives it a try.

“I basically just love any sort of creative outlet,” he laughs. “I love to be able to make things and express myself through whatever I make.”

When he first started school, he didn’t know what major he wanted to pursue. With so many passions, it felt almost limiting to have to choose just one to focus on! So he started college as many young students do: undecided or undeclared, depending on the university’s preferred term. He knew he was interested in learning and creating, but he didn’t know what specifically to center his studies on. He took music and electronic engineering classes and several extracurriculars as he tried to find his niche. Nothing seemed to click, and, after awhile, he took some time off to explore his various interests before returning to school.

When he went back to school, he knew he had to declare a major. He thought back on some of the extracurricular classes he’d taken, and he remembered liking one of the introductory programming classes—so that’s where he started.

He fell in love with it and focused his efforts on completing a Bachelors in Computer Science and Information Systems with a Minor in Mobile Technology. After graduating, he applied everywhere he could! He was ready to get out there with his new knowledge and continue his growth and development as a programmer.

It just so happened that Quore was looking for an Android developer, and Daniel was intrigued by the opportunity. He liked that the team seemed to be really open to developers experimenting and trying new things—he wanted that freedom and was hungry to learn. So, as soon as he was hired, he dove right in!

“I’m constantly looking stuff up and trying new things,” Daniel says. He likes to peer ahead at the latest trends and prepare our code for potential future improvements in his spare time. “Mobile technology is always changing and adapting, and even if we don’t have plans to do a specific thing now, I want to code to be prepared for whatever we decide to implement in the future, no matter what it might be.”

As part of his research and professional development, Daniel attended the 2019 Android Dev Summit in October at Google’s Headquarters in California.

It’s a pretty exclusive event, but Daniel applied, and he was able to secure a spot! There, he was able to network with other mobile developers, get a sneak peak at new and upcoming Android features and participate in  demos, sessions, seminars and coding labs with Google staff and leaders in the mobile development space. It was the perfect opportunity for Daniel to take a look at new ways he might future-proof Quore’s Android application.

There were a lot of great sessions, but one of his favorite discussions at the Dev Summit was on Developing Themes with Style: “They offered some guidance on how to gather and organize resources, colors and assets,” he explains, “It was really exciting for me to see how such a large company is organizing those kinds of things so I could bring that knowledge back to my team.”

It’s this kind of learning and growth that makes Daniel excited for the future of Quore’s mobile features, too. He’s constantly looking for ways that we can make our app better. He loves being part of the product design process whenever possible, bringing what he knows and continues to learn about programming to discussions about the user interface. He likes to be a part of discussions around the look, feel and practical uses of our app. He’s able to weigh in on all the coding possibilities and what it would take to implement any design functions that come down the pipeline.

It’s all part of developing in his mind, and he likes to view it holistically whenever he can and actively communicate with other Quore teams to make sure he’s doing everything he can on his end. It’s part of what makes him such a valuable asset to our team.

In Daniel’s opinion, there’s no end to learning. Whenever he has the time, he’s working on developing himself as much as he’s developing for our product. He knows that to build the best products for the end user, he has to stay educated and passionate, so that’s what he aims to do. Of course it helps that he’s enthusiastic about the possibilities of our software, too.

“The future of Quore mobile is really exciting,” Daniel says, “We’ve already done some really cool things—but there’s so much more we can still do as technology evolves. And I’m glad I can be a part of it.”

Team Quore is glad he can be part of it too!

To learn more about our team, check out the Team Quore section of our Blog! To see what Quore can do for your hotel, visit our website.

The Top 7 Benefits of Managing & Tracking Work Orders in Quore